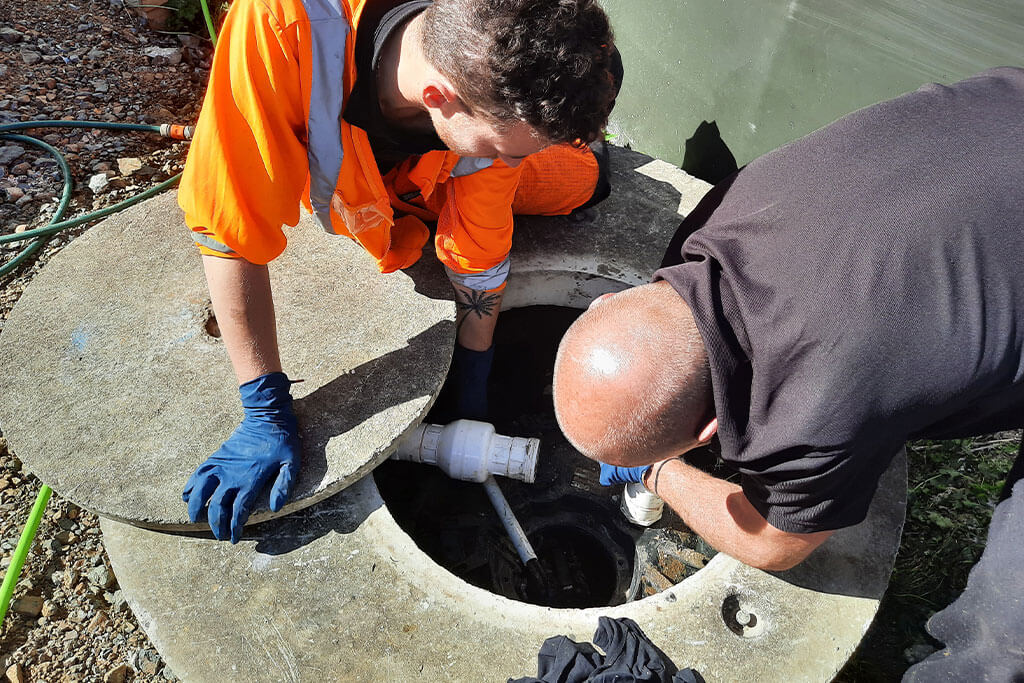 Are you someone who pours used cooking oil down your sink before doing the dishes? Maybe you run the hot water at the same time, to make sure it doesn’t go hard in your pipes? Spoiler: it doesn’t work! Read on…

Nine months ago (during our Christmas shut-down period) we had a customer call us in a panic: they thought their septic system had failed and needed a new pump. Despite suppliers not being at work, we went to great lengths to source a replacement pump which was not standard stock for us (because we’re good like that!). Before installing it, we sent around a vacuum truck to empty their chamber and that seemed to do the trick as it freed up the pump and it kicked into life again.

Eight months later, they called again: same problem. Our technician discovered quite a lot of fat clumping around the system but the customer was adamant they didn’t put fat down their sinks as they only used cooking oils.

Two weeks later: the same thing. This time we were determined to get to the root cause of this issue so we sent in our full arsenal: our wastewater technician, a CCTV camera, flushing truck, and vacuum truck,. (It’s really handy being able to call on all these services from one place!)

At last! We diagnosed the issue with the system. Our camera told us the whole story: our technician could see on the camera that the fat was coming from the drain of the sink in the customer’s kitchen. As the cooking oil hit the drain it cooled down and solidified, turning into fat – and boy was it doing damage! The hard fat was building up in the chamber and some was sneaking its way through into wastewater system, hardening there and trapping the float switch into position, meaning the system was filling up and overflowing.

The flushing truck flushed all the built-up fat loose and the vacuum truck sucked it all out of the chamber. We added Biozyme to help keep any residual fat broken down so that it doesn’t clump up and cause issues again.

The photos from our CCTV of the fat build-up aren’t for the faint-hearted — or if you’re about to eat lunch!

Moral of the story:

You’re in for big trouble if you flush oil, fats or grease down your sink – someday, it will come back to bite you! The oil may be liquid when you wash it down but it quickly cools off and will solidify in the tank and cause blockages and problems.

Instead? Pour it into a paper towel and chuck it in your rubbish, or let it solidify in the pan and then scrape it out into your bin. Better living, everyone!